Geo Marine Associates is predominantly engaged in the field of foundation of Structures, Bridges, Infrastructure Development work throughout India. The Company is equipped with rich experienced Promoters/Directors and committed personnel to achieve its goals. The investment in Plant & Machinery, Piling and other equipments in the ensuing year over Rs.100 Lakhs. Through the years and into the future, Geo Marine Associates continues to be on a steady drive towards perfection by maintaining old customs and adding new endeavours. It has marched on, towards newer horizons and newer challenges.

To be a strong multi-faceted corporate committed to Professionalism, Quality, On-time project completion and Customer satisfaction.

Mr. Kasturi Narayan is the founder and Managing Partner of Geo Marine Associates.

After his graduation in 1973, he joined Afcons where he worked till 1987. In Afcons, Mr. Narayan had worked on various projects in different terrains like Barpet Road in Assam, Jhansi in U.P., Vasco in Goa, Ratnagiri in Maharashtra and many others.

In 1989, he joined as Director- Projects with M/s Geo Marine Constructions Pvt. Ltd, Pune. During his tenure as the Director, Mr. Narayan has executed many projects related to Pile foundations, Jetty and Marine Wharves in the konkan area.

After working for three decades in construction companies, Mr. Kasturi Narayan decided to start on his own to contribute to Construction Business. In 2004, Geo Marine Associates was incorporated as a partnership firm in 2004.

Since then, "GMA" has completed many successful projects in Mangalore, Karwar, Mysore, Bangalore, Chennai and other places in India. Expeirience of Mr. Narayan in Construction and Civil work played vital role in the growth of the company.

Mr.K.Sudhakar Rao is a Partner of Geo Marine Associates. After his graduation in Arts, he had worked with M/s.Kodehma constructions Mumbai, ITD Cem in Bombay and with M/s. Geo Marine Constructions Pune till 2004.

Since 2004 he associated himself in various works from Mangalore to Goa and executed number of piling works with general power of attorney for Geo Marine Associates. 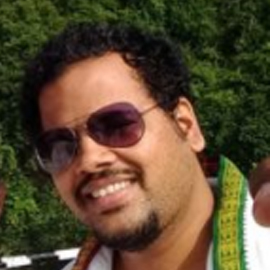 Prasanna Bhargav is a B.Tech. graduate from presigious NITK Surathkal in 2010. He has worked with Hindustan Zinc Limited (HZL) before joining Geo-Marine Associates. He is instrumental in project execution and take care of daily activities & administration of the company